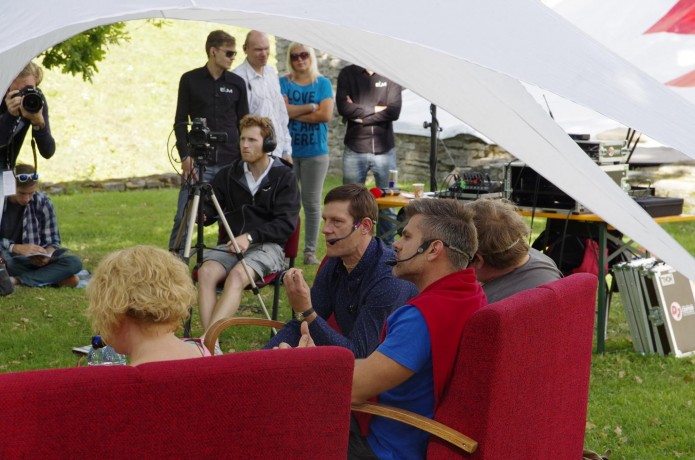 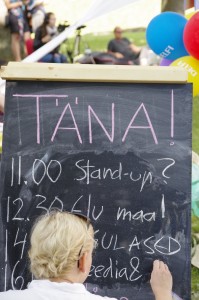 The Arvamus Festival isn’t only about the topics that make us ponder deeply about our existence. It’s also about the things that make us laugh, that make us joyful. On the Ekspress Meedia stage, a group of Estonian performers got together to ask, “Is stand-up the new Estonian theatre?”

There were differing views on the matter, and of course there was mention of the increasing popularity of stand-up comedy, that form of performance where, usually, one person stands on a stage and speaks directly to the audience in an attempt to make them laugh.

After the discussion, we met up with Estonian producer and performer Karl Kermes, who had been one of the panel, to get his view on the topic. He was frank about where Estonian comedy stood at the moment. “I think we don’t have a stand-up culture. It’s coming, but it’s not there yet,” Kermes explained, citing the fact that audience trends are different in Estonia to those traditional hot-spots of stand-up, the UK and USA.

“If we speak about stand-up from different languages [and cultures], I personally think, for an Estonian mainstream theatre audience, that kind of raw stand-up in pubs and clubs is not something they’re taking. It’s a great theatre-loving country. I’m working to build up stand-up shows that last one to two hours, for example like what Eddie Izzard is doing.”

Estonian comedy has always existed, but in different forms, the producer explained. “We have this problem that most of the comedians we put on the stage have graduated from Estonian drama school, then have been working in different theatres, in different roles. Now you’re asking them to come on stage and speak as themselves, with their own ideas, and I’ve found out it’s very difficult to them.” There has, he feels, been a general trend towards Estonian performers preferring to hide behind a role. “Somehow [the show] turns into a play, not a stand-up, in the end. That’s why I’m saying that at the moment, we don’t have Estonian stand-up.”

We asked if the reason for that was because of the way young people were brought up in the school system in Estonia, which has not always encouraged play or creativity in the way other systems have. “It can be;” Kermes said, “if you look at our history, where we are coming from, the time has been very short. I think also the new, young actors that are coming from drama school are thinking differently to the older, well-known comedians. So I think things will change, but it takes time.”

On another topic, Kermes was quick to name his favourite comedian. “Eddie Izzard. The main reason, or let’s say subconscious reason, is he was the first show I looked at on YouTube, and he’s great – he’s doing it so fluently, and I just love him.”

The enormous popularity of Irish comedian Dylan Moran, who sold out his November stand-up show in Tallinn within hours of tickets being released online, is heartening for those who loved him as an actor in the sitcoms ‘Black Books’ and ‘How Do You Want Me?’. Moran appears to share a special bond with Estonian audiences, and there is evidence the feeling is reciprocal. “The first time Dylan came to Estonia, it was surprising how quickly he sold out [of tickets], and it was so good, and I think it’s great to see, but I can’t put my finger on the reasons,” Kermes concluded.