Warning: Use of undefined constant slug - assumed 'slug' (this will throw an Error in a future version of PHP) in /data01/virt39692/domeenid/www.arvamusfestival.ee/2015/wp-content/plugins/arvamusfestival/af.php on line 494
 What’s this festival album business all about? - Arvamusfestival 2015
Asute arhiveeritud lehel. Mine värske Arvamusfestivali lehele.

Those who attended last year’s festival can revisit those memories from velvety August nights by browsing through the festival’s photo album. Those who weren’t in attendance last year can enjoy the photos to get an idea about what will happen in Paide on August 14th and 15th this year.

“It’s a pretty nifty idea – to look back on how the festival was organised previously and to encapsulate some of the festival’s energy in an album. The final push for the album came from Tartu university’s comms students,” said the album’s editor-in-chief Andrus Raudsep.

Besides linking the idea and action, the album serves as a trip down memory lane for those who have been to the festival in previous years. “You don’t always fully appreciate the outsider’s perspective on things when you’re smack in the middle of the action. The album gives the opportunity to glance at 2014’s festival at a standstill and from different perspectives. A static image gives a better understanding of what could be done differently and what may happen next,” explained Raudsep. 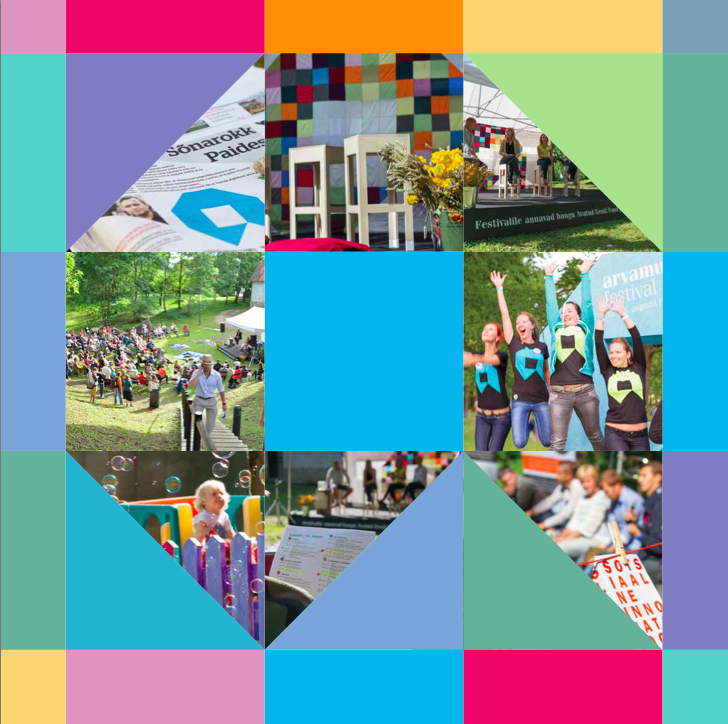 These pictures may look like random snapshots of someone’s summer, but the objective was to get still photos of action. “We can see what is happening at the moment while also understanding what happened before and what will happen next.” There’s plenty for everyone to explore, as there are explanatory notes to the visual solutions.

Looking back on last year’s festival, the album should inspire people to participate in differently structured discussions and engage in debates. “When all participants converse in the spirit of good discussion culture, then the discussions go deeper as well. Hopefully the album as a new discussion format will support this as well,” said Raudsep.

The album was born as the result of one tiny idea in the heads of the organising team and the cooperative effort of Tartu university’s students, offering 58 pages of fun: arvamusfestival.ee/arvamusfestivali-album/