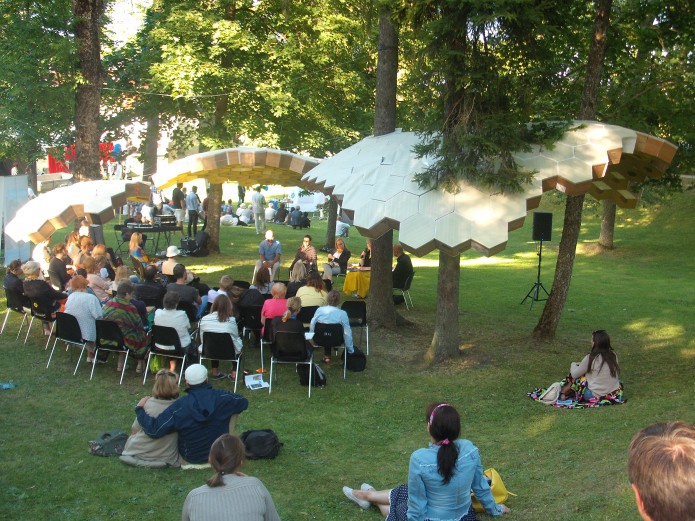 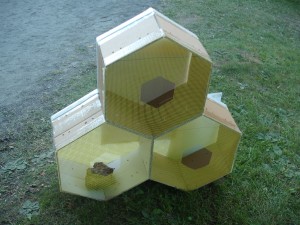 Some of the stands at the Arvamus festival weren’t just about the speakers taking part in the debate, but were also about great design creating a more effective space in which to have discussions. The best design of any stand at the festival, a space that treated acoustics and sight-lines as far more than afterthoughts, was created by Architecture and Urban Planning students of Eesti Kunstiakadeemia (the Estonian Academy of Arts). 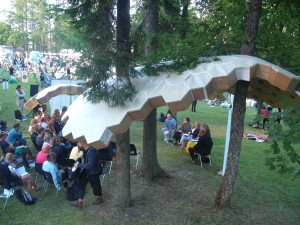 The honeycomb ceiling kept the audience warm and sheltered, and although each piece was made from cardboard boxes, they were reinforced with waterproof, insulating material which is often used for packing computers.

The result was a spot that felt uniquely-attuned to great debate, and was a credit to the ingenious third-year EKA students, who have set down a marker for their successors who will design the stand for next year’s Arvamus Festival.